It’s about two hours before sunset and I’m on my front porch, facing west, reading a fascinating book in anticipation of an exciting astrophysics conference I’m attending in a week. The book is called The Cosmic Web, authored by J. Richard Gott, a professor of astrophysics at Princeton University. The upcoming conference is called Quantifying and Understanding The Galaxy-Halo Connection. The conference will be held at the Kavli Institute for Theoretical Physics on the University of California at Santa Barbara campus.

Please keep in mind that I’m only a third of the way into the book, even though I’ve had it over a year. (Reading for pleasure has been a seldom-known luxury, with the exception of Science News magazine which I read voraciously every chance I get.) Please also remember that I am not an astrophysicist, but merely a student. My intent is to distill the scientific information in a way that is easy to swallow by non-scientists, so forgive me for oversimplifying some of these concepts.

The universe-as-we-know-it has been studied and observed using various modern telescopes. The studies include stars and galaxies and how they are interrelated. Mathematicians and Physicists have proposed models of the way galaxies interact on a cosmic scale. Modern supercomputers use mathematical formulas to generate these models as three-dimensional areas of space with tens of thousands of particles interacting inside a giant, virtual cube, with “giant” meaning over 700 million light-years per side. (One light-year is the distance light travels in one year, based on light travelling over 186,000 miles per second.)

The particles inside the cube are the matter in the universe – stars and planets and dust and anything else with mass. (Research shows that observable matter makes up only 5% of the universe; the other 95% is “dark” matter, something we have not as-yet identified.) The computer simulations show different scenarios for how the galaxies in our universe may interact with the dark matter, with gravity, and with each other. The simulations vary depending on certain inputs such as how fast the universe is expanding and whether it will expand indefinitely or end up collapsing in on itself at a certain point.

How Are Galaxies Connected?

When we look up in the night sky, we can see with our naked eye the stars and constellations that are in our own galaxy, the Milky Way. The star we are most aware of is the Sun, which our planet, Earth, rotates around in a one-year cycle. Our star is rotating with billions of others around the center of the Milky Way galaxy. Our galaxy is rotating among other neighboring galaxies to form groups of galaxies, and those groups of galaxies cluster together to form superclusters. The superclusters are linked together through long filaments, sort of a web-like structure, which the title of the book I’m reading alludes to (The Cosmic Web).

One mathematical model of this clustering shows our universe is made up of galaxy superclusters resembling meatballs floating in space. The meatballs contain matter made up of clusters of clusters of galaxies and are surrounded by vast regions of  space with no observable matter and only a few thin galaxy strands connecting them.

Another model shows that the universe is like a reverse meatball space resembling a block of Swiss cheese with empty gaps within it. Instead of a chunk of cheese, picture a two-car garage packed with empty refrigerator boxes neatly stacked. The galaxy clusters would live on the walls of the cardboard boxes and the corners where several walls meet would contain galaxy superclusters. The emptiness in the boxes is the space with little to no galaxies.

So which universe are we a part of – the one made up of meatballs, or the one that looks like Swiss cheese? I’ll have to read more of the Cosmic Web book to know what the leading theory is, and I’ll share my thoughts when I learn more.

The upcoming Galaxy-Halo conference will cover topics regarding galaxy clustering and how recent observations are helping to reinforce certain mathematical models. There are scientists working on theoretical models of galaxy clusters based on what we already know, and mathematicians who expand those theories to a cosmic scale by creating 3D models using modern supercomputers. Then there are the scientists who are using cutting-edge telescopes to record and observe the placement and movements of more and more galaxy clusters. The conference at the Kavli Institute will allow these theoretical, numerical and observational researchers to interact and discuss their combined research.

I am as excited as a galaxy supercluster to get to be part of such a fascinating conversation and I look forward to sharing my own observational insights after the conference.

The Goddard Space Flight Center in Greenbelt, Maryland, is hosting a free art exhibit through April 16, 2017, featuring work inspired by the James Webb Space Telescope. The 8-billion dollar telescope is being built at the center.

For those of us who can’t make it to Maryland to see the show in person, there are photos of the art online at https://jwst.nasa.gov/jwstArt/. The exhibits include sculpture, paintings, lithographs and even poetry. The science-inspired exhibit, curated by Maggie Masetti, involved artists visiting the telescope in-person for inspiration. The exhibit is a result of their creations.

The James Webb Space Telescope is scheduled to be launched in 2018. To learn more about the state-of-the-art telescope, visit https://jwst.nasa.gov/about.html. 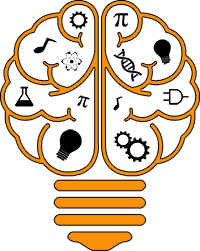